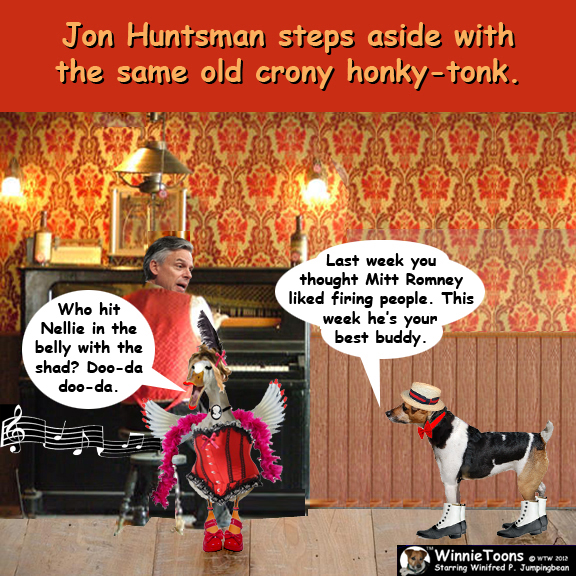 Jon Huntsman finally came to his senses and bowed out of the GOP presidential circus.  From the day he announced his intentions to run — attempting to have the Statue of Liberty as his backdrop — only to have miscalculated the camera angles leaving him featuring a dry-docked tour boat behind him – nothing has gone right for poor Jon Huntsman.  For one thing he’s too smart to connect with the current GOP voter, who’re angry even if they don’t know why — and hate Obama because it’s too unsettling for them to face the reality that George W. Bush is the reason the country’s in this economic pickle.  But now Huntsman who’s shown nothing short of bitter disdain for Mitt Romney is backing him, as he himself backs out of the limelight – assuming he was ever IN the limelight. 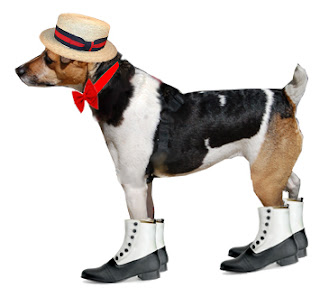 This happens time and time again in political run-offs.  Adversaries from the same political stripe tear at each other’s throats enacting a dry run of what the opposing party has in store during the REAL campaign – and then suddenly everybody’s all kissie-face for the press and backing the frontrunner 100% – even if secretly they’d like to have him knocked-off somewhere in a back alley. 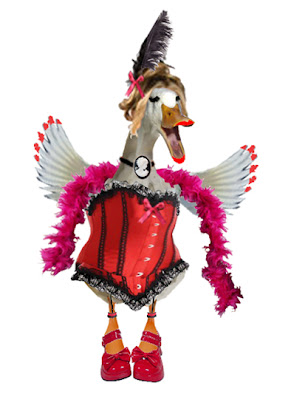 Look at how contentious the Democratic primary race became between Barack Obama and Hillary Clinton.  It was a verbal blood-bath.  Now they’re working together in harmony.  Truth to tell, I think Barack and Hillary have grown to develop a solid, mature professional respect for each other.  I don’t, however see the same thing happening within the Republican Party.  Those dudes (including Bachmann and Cain) genuinely despise each other.  Once Romney gets the nomination-nod they’ll all be behind him like he was their man all along…  But don’t be fooled, this is a fractured party and an even more fractured electorate.  Bush/Cheney destroyed the GOP brand.  The noisy squawking of the evangelicals and the Tea Party aside – NOW is the time for a populist president and there’s only one effective populist on the horizon, and he’s NOT a Republican – even when he acts like one.

Huntsman can get back to playing honky tonk piano and talking to himself in Mandarin.  He’s pretty good at both – but it isn’t his time to be the Republican candidate for president.  It would do him a world of good to keep his distance from that wolf-pack.  They’re poison by association.