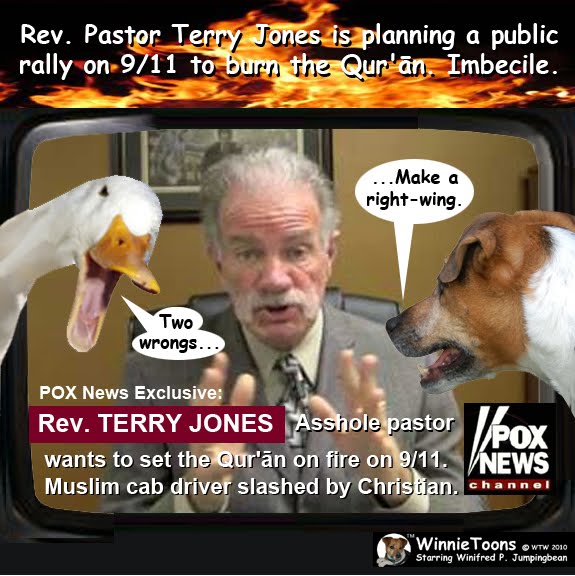 Reverend, Pastor Terry Jones of Florida, is holding a public rally to burn copies of the Muslim’s Holy Qur’an to commemorate the upcoming anniversary of the attacks on Nine/Eleven.

This blithering asshole is a Christian minister…?!!!

I suppose it shouldn’t come as any surprise, as the only thing as awful as “radical’ Islam, is the hypocrisy of “radical” Christianity.  No wonder I have no appetite for organized religion.