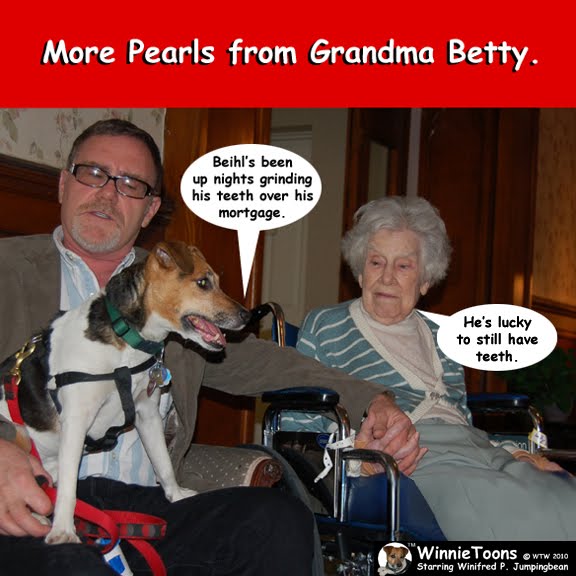 As this is Grandma Betty’s 90th birthday weekend blowout – I thought a couple Grandma Betty posts would be in order.  When I visit her at the home, I often struggle for things to discuss as her mind fades in and out – but who’s doesn’t?  She lives somewhere between her own memories confused with plots from old soap operas she used to watch on TV…  but that doesn’t prevent her from delivering the occasional ‘zinger’.

Grandma Betty hadn’t pulled a democratic lever since FDR until Baby Bush got into office.  She voted for Kerry and then for “that well manored black gentleman” who’s name she still can call-up on command.  But she didn’t like “that woman” running against him in the last presidential election. There was so much fuss about Sarah Palin, my mother completely missed the point that John McCain was the actual presidential candidate. She thought Sarah Palin reminded her of someone she never cared for from when she was young – perhaps Livia the Poisoner (?)