The entire country has lost it’s collective mind. We are more fractured than ever before, and it’s simply because the GOP cannot and will not accept two very simple FACTS:  First, that they utterly failed to make anything but a dysfunctional mess of our nation during the past administration.  And more disappointingly, they resent having an intelligent, cool-headed black man as the head of state, steering the nation through the painful process of getting us back on the proper course.  That alone galls the neo-cons.  No matter what wedge issues and diversionary tactics the republicans and tea party deploy, they remain incompetent, closet-racists with the vocabulary of a two year old – “NO” – and no other words.

Gay rights, gay marriage and gay military service – are no different than anti-abortion, fear of immigrants and mosque-bashing Islamophobia.  All fall under the same category of wedge-issues.  Each being underhanded methods used by the GOP to drawl attention away from the real issues that genuinely effect the daily lives of most Americans: the economy.

John Beohner blathering on about how “now is not the time to raise taxes” as he banks on a misinformed populace to not grasp how its only the ‘Bush Tax Cuts’ which are already due to expire, and are only applicable to wealthy Americans earning over a quarter-million dollars a year.  That’s a penny or two more than most Americans earn – most Americans will benefit by ending the tax cuts for the wealthy. Most Americans will enjoy a tax cut while the wealthy finally start paying their fair share. However, the average FOX News junkie is the very gullible group of people easily manipulated by this kind of strategy.  They’re also the group most likely to be harmed by the republican/tea-party agenda.  The FOX News propaganda machine sponges up the gullible – frightening the very individuals who will be most harmed in allowing the wealthy tax privileges to stand unchallenged. The wealthy have everything to gain, and the middle class has everything to loose if the Bush tax breaks are not allowed to expire. We’ve been grifted long enough by big business, lobbyists and other greed mongers. 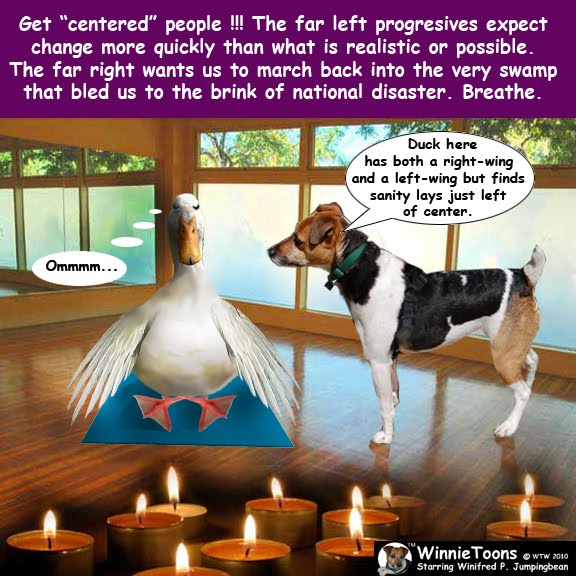 Elect the GOP to both houses of congress at your own peril.


…That said, on the other hand, any extreme far left-winger who doesn’t believe “enough has been accomplished” during the early days of the Obama Administration and the democratic congress is sorrowfully naive as to how life in government works.  This congress and this president have accomplished MORE in 18 month in office than any previous administration in decades – AND in the face of belligerent non-cooperation from the party of “NO” across the aisle – from health care reform to banking reforms. The problems facing this country are nearly insurmountable, and NONE of those problems will be quickly or easily remedied.

Take a deep breath, people, and calm down.  Realize that the road back to fiscal, moral and political sanity is going to be a long, long haul.  And conservatives are not going to win the battle any other way than by lying and cheating. The extreme right are on the wrong side of history.  America is becoming an increasingly diverse population who will have their fair share when the line is drawn under the math – but that can only happen once 2% of the nation no longer controls 87% of the wealth. The momentum is on the side of progressives, as woman and minorities fight for and win increasing power and control in years to come.  Our country cannot survive the level of corporate corruption embedded with power-brokers from both parties. A wealthy of the minority cannot be allowed to cheat, steal and swindle the largest slice of the country’s pie without dire consequences ensuing.  Read some history people – just don’t read any history books approved by the Texas Board of Education – they’re allergic to factual material.