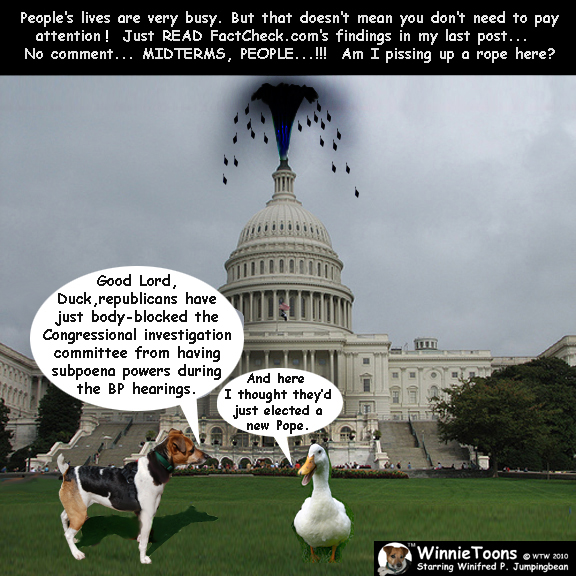 I had a whole different series of WinnieToons set to run.  But as my day got away of me – I decided to retrofit some reruns.  I’d tried all day to get at my computer so I could do a new series – but as more urgent current issues emerged, I decided my personal troubles could wait.  (In spite of the fact that Google has permanently forbidden me to earn any money from my site without explaination)… I have something important I need to impart… And even if only ONE PERSON grasps what I‘m trying to say, I’ll have succeeded. 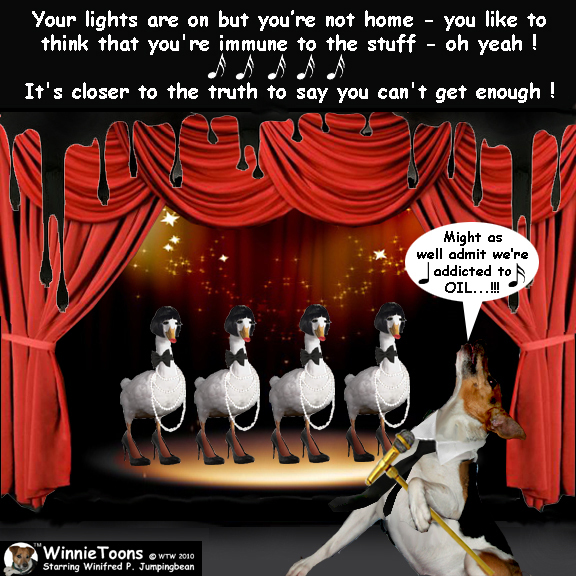 I’m cursed with a ‘Cassandra complex‘.  I listen to experts when I should listen to my own inner-voice, and my inner voice tells me NOT to buy the republican “Pledge to America” - and for once,  I’m listening to that inner voice.  The ’Pledge to America’ is a ‘Trojan Horse’ full of the same self-serving errors that mired us in the economic glue-trap in which we now find ourselves. 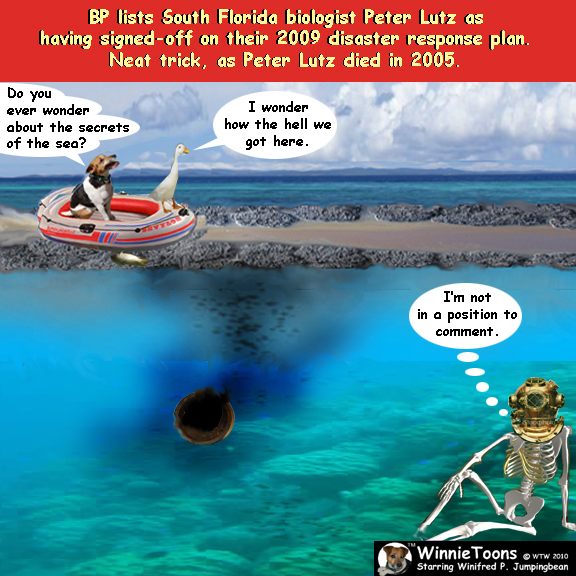 The nation is in bedlam whether we want that to believe it or not…  We are at the most crucial juncture we’ve experienced in 80 years.  The 2010 Midterms.

Greed and a spoiled-lazy belief that short-terms fixes might work, is NOT the tonic that will lead us to success.  But a short-term fix is the very thing being touted by the far right.  Tax-cuts for the richest Americans and an irresponsible disregard toward the excesses of Wall Street. 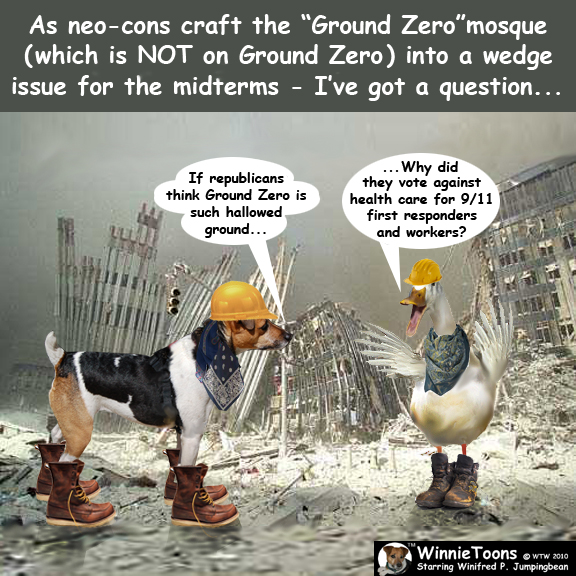 Yesterday John Boehner and his minions pushed-up their sleeves for a photo-op when they weren’t even on the golf course — so as to trot-out the packaging of their latest lack of new ideas: The lemon-flavored ‘Pledge to America’.  EVEN as the wisest among them realize the far right is on the wrong course, but collectively they stay faithful to the party line in deference to pressure from the extremists in the Tea Party.  It’s not about what’s good for you or me in the eyes of the far right – it’s about regaining power so they can defeat a black president in 2012.  Obama is not the problem.  Whatever you may hear, the hard, painful truth is — we need to suffer through the mistakes of our past errors and find our way home — the hard way — and home is still a long, long way off. 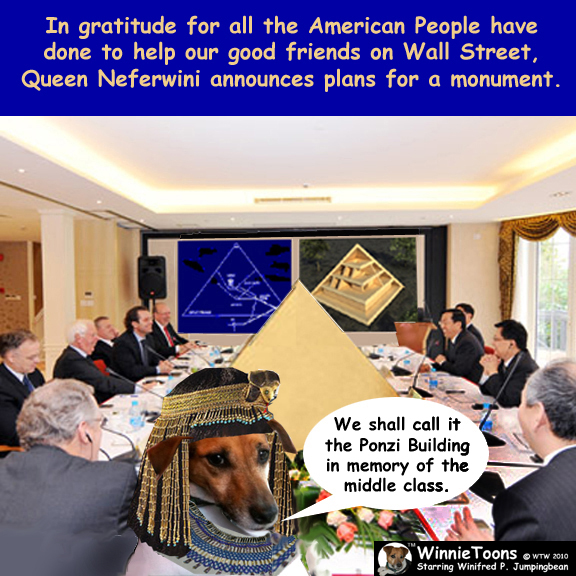 Does FOX News tell you when the Obama Administration makes strides forward?  Of course not. Do they tell you the deficit is down by 8%?  No – they focus on what’s wrong, like Obama isn’t listening to the troubles of the American people. TRUST ME – I’m LIVING the troubles of the American people.  No job, a home in foreclosure  and grasping to afford COBRA, but I’m not stupid or racist, so I don’t lay the blame on the president.  He has us on the right course – it is, however not going to be an easy path. 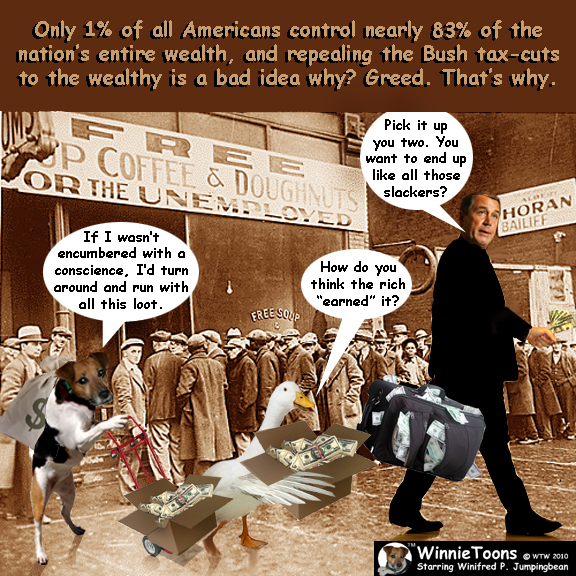 Our starched-shirted republicans friends, trotted out the latest ‘Contract ON America’, when all they’ve done is alter a word here and there from past failed policies – full of half-truths and intentionally confusing nonsense. (See the earlier post).

All you NEED to know it this:  The republican party led us into our current recession, and the republican party refused to vote for extended health care for first responders to 9/11.  NOW, the republican party is objecting to a request from congress to subpoena witnesses during the investigation of the British Petroleum’s Deep Horizon disaster in the Gulf of Mexico – (implicating Trans Ocean and Dick Cheney’s own pet, Haliburton).  Let ‘em all tear at each others throats on the witness stand – let’s really hear what really happened.  Even THREE MILE ISLAND investigators were allowed to subpoena witnesses.  The Kennedy assignation investigations were allowed subpoena powers. 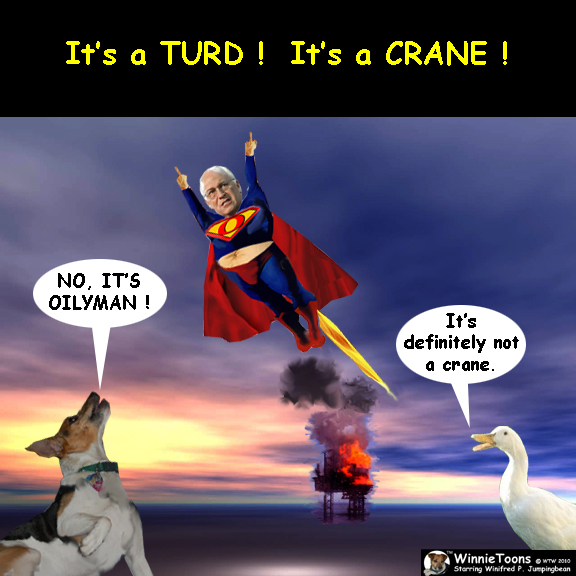 WHAT THE HELL are REPUBLICAN’S hiding? — AND WHO…?!!!  Draw your own conclusions.  But when you do – think of the future — not just your own short-term comfort.  Vote your long term conscience –it will always serve you better — in the long run, if you hadn’t already figured that one out. 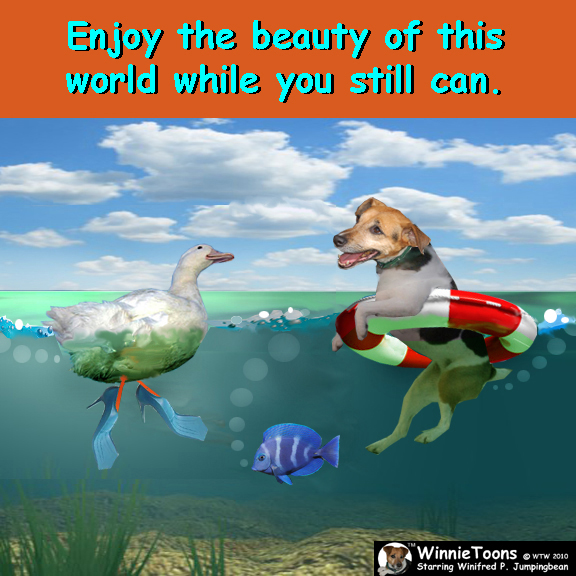 2 thoughts on “A Litany of Reruns – Sadly”