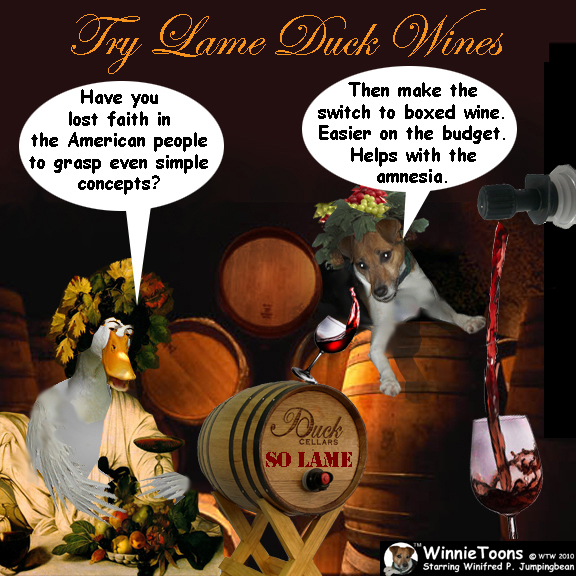 Even if nothing happens, at least you won’t be forced to face it sober.

I’m not a big fan of the holidays.  And these days ahead are Lame Duck holidays — during a depression — following 2 years of congressional constipation.

With 2 more years of congressional constipation yet ahead…

The republicans are pro-tax cuts for the affluent while voting-down unemployment extensions for the struggling.

Just in time for my unemployment to (hopefully) kick-back-in.  This coming holiday season promises to be epic even by the gauge of my own personal predisposition to despise Christmas.

I have lovely invitations for both Thanksgiving, and for Christmas dinners.  That said, this will be my first Christmas on food stamps.  Ever.  That includes my whole family so far as I know.  Making me the first — always forging new frontiers in debasing the good family name.  That said, I did pay into these same-said programs — for decades.

Goody for me.  It’ll still be the holidays.

Everywhere one turns they’ll be playing that dreadful music.  “Silver-bells, dental-drills, it’s Christmas time in the city…anesthetize yourself for the holidays…

…soon it will be Christmas day. 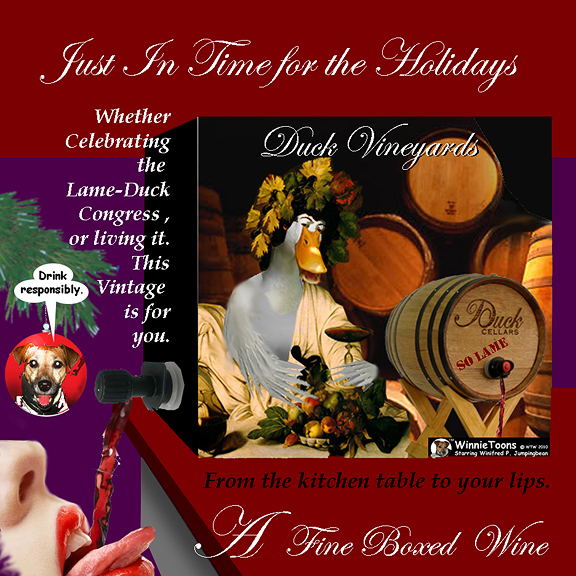 Guilty as charged — I have a bad attitude about the holidays.

There will be various visits to Grandma Betty at the home.  I’ll decorate a miniature tree and knock-back Crown Royal with my mother’s 101 year old roommate, Aurelia, providing any of us are still alive.

And then there’ll be mom’s Christmas gifts.  At this point, I might as well wrap-up her own underwear and give it back to her. None of it fits me.

EEEE-gad.  I forgot about the holiday parties.  I should spend the holidays in the basement.

…following a brief appearance or an embarrassing incident.

Followed by more Grandma Betty at the home.  Both of us are loosing our minds in fits and starts.  It gives us something in common.

We don’t discuss it however. Or much else.

If anyone is reading this blog, (is anyone reading this blog?) remember to BEG me to tell you my ‘Gay Christmas Holiday Story‘.  It’s all kinda inappropriate, so I’ll have to look it over with the eye of a Carmelite Nun before posting.  I have so much planned for the holidays.  I hope one of my two readers will remind me.

Oh never mind, I’ll most likely publish it anyway even if there’s no hue and cry from my “public.”

These will be very busy holidays for me.  I have a “reconciliation” foreclosure hearing followed by jury-duty just in time for Christmas week.  Oh joy, oh rapture…

I never get selected for juries.  But we’ll see.  I’ve always wanted to be selected if only for the real-life material.

Jury duty pays $6.95 day plus a lunch coupon for Reading Terminal Market – been a while since I’ve had one of those.

I think I might have earned $100 workin’ the polls as majority inspector.  Wonder when that check’ll arrive?

Probably so late that I’ll shred it as junk mail unopened.

I should get on the mailing list for focus-groups.  I wonder if focus-groups still pay? — or in honor of the economy they merely offer burned coffee and stale donuts(?)  These are rough times.  I skew focus groups anyway.
No one would pay for my blood or semen.

My body is no longer marketable as a sex-object — I’m well past my shelf-life.

I scoured Springarden Avenue earlier today looking for the place where I sign-for and pick-up my food stamps.  I was called and told via telephone-interview that I’d been accepted into the program.

It was a real ‘Bob Barker”‘ moment.

I was instructed to pick-up my card at the same place where I’d applied for it.  On arrival, I was immediately sent away, and told to go elsewhere and elsewhere and elsewhere.  It was like entering a life-sized bureaucratic pachinko machine.  I gave-up in defeat after endless blocks of walking and asking people where to go — when I should have been telling them “where to go”

Gotta give ‘em credit for a ‘cold’ duck voting record.

Have fun being ever-so-comfortable and shootin’ things in your stocked gaming forests.  Roast peasant anyone?

I’m having a glass of “Lame Duck” wine,  and I feel “entitled” to it even if I sound like I’m wining.  Where’s Busby Berkley when you need him? 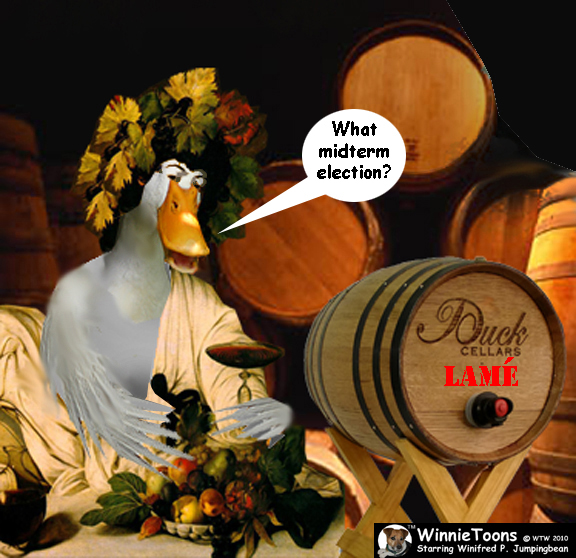