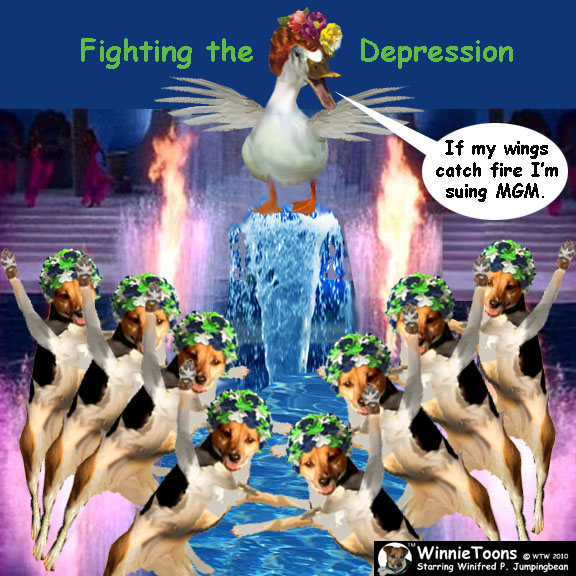 Aquamusicals.  Now there’s a term you don’t hear very often.  Esther Williams was the key starlet of those camp classics.  They were Busby Berkeley’s “swan song” and final dive into absurd motion picture fantasy spectaculars following the formula of his earlier successes that saw a depressed population through depressing times – THE Great Depression (of the LAST century).

Ahhhh, the Great Depression.  I’ve heard about it my whole life.  My parent’s generation survived it — along with World War II.  That generation never wanted their children to go through what they endured.  But global calamity, politics, greed and disillusion are timeless.  Now it’s our turn – at least I recognize it as mine.  In my last post I made an obscure reference to how Busby Berkeley’s movies in the 1930’s helped people through tough times.  We still have movies, but now we have TV and the internet, but I’m not sure any of those things are helping MY personal depression.

I want escapism, but find myself genuinely mired in hard reality.

I suppose I could watch Bristol Palin do the ‘Bristol Stomp’ tonight.  Even as I write this, I’m certain the Stepford child is thundering her piano-legs across the boards furiously rehearsing for “fixed“ results to boost ratings.  I won’t be watching.  Bristol‘s hoofing might make me laugh, but it won’t carry me to a safe place of fantasy and happy-endings.  I feel sorry for the girl, poor deranged thing most likely thinks she‘s graceful and making it on her own.  I saw on the news they eliminated Brandy last week, who is prettier, has a better figure and clearly steps in time to the music — but Brandy black.  Bristol’s failure to fail on her own feeds flawlessly into ignorant white America’s need to believe THEY are the rightful “Supremes.”

Now here’s MY idea of entertainment: 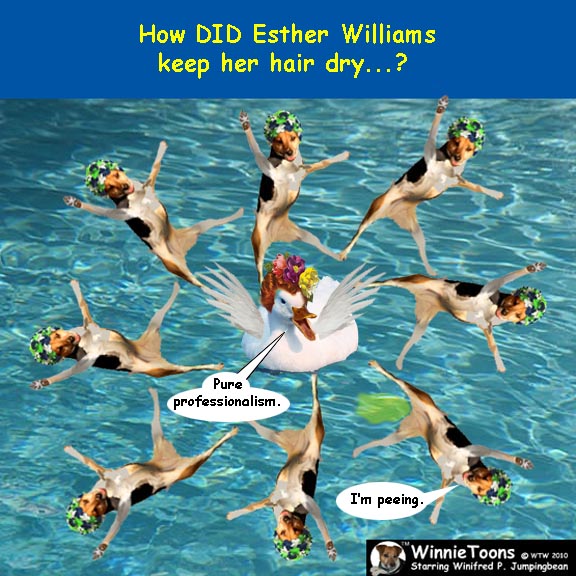 What is next?  Water ballet with the stars?  Or Ice Skating With the Has-Beens?  Oh, I forgot, ABC is already airing that hip-breaking injury in the making.  Bristol should go on that show too.  She might excel at ice-skating, given her icy upbringing – but her legs are better suited for hockey.  I have never made it through a episode of “Dancing With the Stars.”  Or American Idol, or the granddaddy of them all “Fear Factor.”  One can only hope that was canceled.  I don’t watch much TV.

Depression is deperssion.  Period.  It doesn’t matter what short-term delusion we tune into on TV or at the movies, as a people we’re not that naïve — except at the polling place.

The economy is terrible, and everyone is doing things they‘d never have dreamt of at one time…  For example, Annie Lennox has a new Christmas album available.  You know they either held a gun to her head and made her huff chlorofluorocarbons — or offered her a whole LOT of money.  I still love Annie, but I won’t buy the album.

Depression is more than economic, it‘s an ingrained wrinkle in the collective psyche.  Now we’re in a brand-spanking new depression, and there’s NOTHING great about it — except for the distant hope of emerging from it.  Hopefully stronger.

3 thoughts on “A Depression Deserves Musicals”