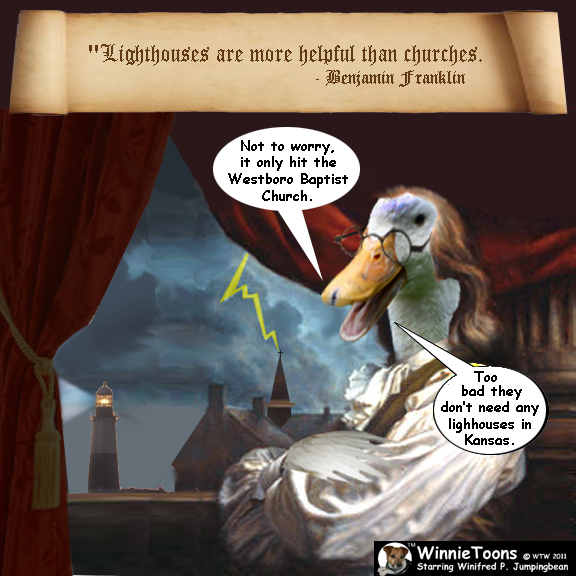 Ok, OK, Kansas is separated from Texas by Oklahoma.  But there is a severely similar worldview regarding god, guns and religion.  Best to keep that electorate as ill-informed as possible if those RED states are going to remain Republican/Tea Party territory.  You need to have a limited education based on intentional misinformation, wedge issues and a distorted perception of the Constitution if you want to claim the majority of those inhabitants as your constituents.

While John Boehner led his dog and pony show ‘reading’ of the Constitution on the floor of the newly majoritized House – it turned into a bungled middle school group class history assignment.  I was stunned as to how much was left out.  I‘ve read the entire document and watched the whole House’s reading if it on CSPAN.  (BTW – I made-up the word ‘majoritized’ because there’s already a word minoritized – look it up).  I figure if Sarah Palin can make-up words like ‘refudiate’ that make no sense — and within weeks it’s added to the New Oxford American Dictionary, and declared ‘Word of the Year’ – why not make-up EVERYTHING out of whole cloth?  But I digress – as the House of Representatives read the Constitution, large sections were omitted. Pages reportedly stuck together or were merely discarded because the Constitution doesn’t exactly mean what the right-wing conservatives would like it to.  They’d have been better-off reading aloud from Dr Seuss.

The right wing clings mercilessly to their rights to own and carry 30-round clips for their guns, believing it to be protected by the 2nd amendment — and in the next breath they’re merrily trotting in and out of church every Sunday blithely unaware OF – or in blatant opposition TO freedom of religion.  Freedom of religion to right-wing America means we’ll kinda-sorta-maybe tolerate other sects of Christianity.  2 of the key framers of that Constitution (the Tea Party so artificially cling to) are Thomas Jefferson and Benjamin Franklin.  Both of whom are about to be rewritten OUT of America’s school textbooks, because the Texas Board of ‘Education’ (or lack thereof) find FAULT with some of the philosophies held by these great men who led very the formation of our nation.  Freedom of religion embraces your right to be an atheist, a Muslim, a Hindu a Jew or come-what-may — EVEN a ‘desist.‘  Both Jefferson and Franklin were deists, as reportedly was George Washington – but the Texas B of A isn’t yet equipped to change the name of the Capitol of the United States to Plasticville, DC — so it remains Washington until further notice.

What is a ‘deist’ most toothless Tea Partiers might ask…?

To put it simply, a deist is a sort of spiritual agnostic who sees little use for organized religion – viewing organized religion as suspiciously close to cults – brain-washing people away from independent thought.  Do what yer preacher tells ‘ya.  So Franklin’s quote of “Lighthouses are more helpful than churches” lends an illuminated steeple to anyone choosing to think for themselves when seeking practical or even spiritual guidance.  Perhaps your God is your own conscience, and not always to be found in a church a temple or a minister.  If you think for yourself, and you’re at all sane, there’s very little chance you’re going to buy the bull-pucky being brewed in the far-right’s tempestuous teapot, let alone purchase a 30 round magazine-clip.  I ‘repudiate’ (hehehe) the genuineness of any grassroots movement funded by the wealthiest anti-environmentalists in America – the Koch brothers.  The Koch brothers are 2 men who are so slimy they could only have been born to a father who was a card-carrying, founding member of the John Birch Society.  Remember them?  The ‘society’ who fueled the fire of discontent during in the notorious assignation years of the early 1960’s.  Not that they pulled the trigger mind you, but they did stir the stew.  Decades later, the Koch brothers benefit financially from the manipulation of America’s faithful masses, who have no idea they’re being played.  The Koch brothers distract and rial-up low-information citizens (thank you FOX News) by shipping dimwits wearing hot-glued teabags on their red, white and blue hats to moronic events from coast to coast — while the Koch bothers (a.k.a. Georgia Pacific) chop-down our forests, outsource our jobs, pollute our environment and foster shady connections to foreign monies that wind-up mysteriously in the hands of the US Chamber of Commerce to underwrite conservative political campaigns… successfully selling the rest of us down the river.

The Texas Board of Tea-slime is so slippery it threatens the very freedoms on which our country was founded – all while decrying a ‘love’ for the Constitution.  I believe the Texas Board of mis-education/Tea Party embraces the ‘idea’ of the Constitution without any genuine comprehension OF the Constitution.  We are on a slippery slope when our history books are so written as to censor America’s historical facts and even embarrassments.  What have we learned if those facts and mistakes, (however uncomfortable) are eliminated?  We’ll have educated our children to become a passel of fools destined to relive those same-said mistakes.  Mistakes like genocide, slavery, Jim Crowe, and prohibition just to name a few.

A long time ago, a boyfriend of mine slipped on the old-fashioned winding-staircase in my tiny 1812 Federal-era Philadelphia townhouse.  Startled by having lost his footing he burst out with the phrase “I can NOT ‘maneuvigate’ your stairs.”  I love the word he invented right there on the spot – it’s much more colorful than ‘repudiate’ – and far more useful.  Our country cannot ‘maneuvigate’ an era of non-truths and blatant falsehoods any more than we can rewrite history and pass it off as the truth.  At least not if we want to get anywhere worthwhile in the near or distant future.